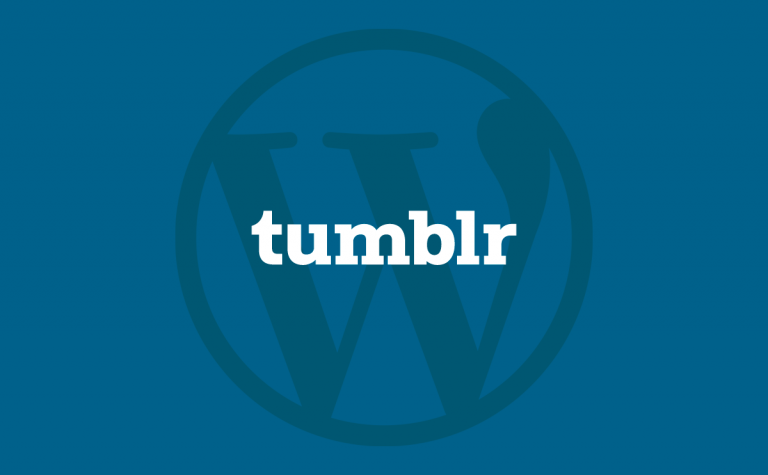 It could be a match made in Internet heaven, or some kind of deal with the devil. But Automattic, the company behind WordPress, has recently acquired the social networking website Tumblr from Verizon. Automattic CEO Matt Mullenweg made the announcement earlier this week on his own Tumblr account.

Depending on who you are and what you usually do on the Internet, Tumblr might be that weird, amorphous place where weird people share animated gifs, or that sometimes-buggy microblogging platform that you just can’t quit. Tumblr is practically a microcosm of the Internet itself — some interesting things to look at and read, lots of random things you probably don’t care about, and some really strange things that you might wish you hadn’t stumbled upon. As a website substitute, it offers its own array of templates to help you customize your own account. But the user interface isn’t terribly great, and many accounts end up looking like a next-level version of a highly-customized MySpace page. (Remember those?)

A Meeting of the Minds?

Naturally, news like this prompts speculation about how the entities involved will be affected. Ideally, this acquisition will help bring some stability to the Tumblr platform. The WordPress community is a strong one, blending a well-tested base structure with the flexibility to accommodate third-party integrations. And since Tumblr users are very much DIY people, that flexibility will be an important feature to maintain moving forward.

The combination of Automattic and Tumblr could also mean a jolt of creativity into the WordPress platform, where each could share services and functionality. Though it’s becoming easier and easier to add different types of multimedia content natively in WordPress, they could benefit from a bit more innovation in this area. The Gutenberg update appears to be a step in that direction. However, it’s been a struggle for long-time users to acclimate to the new editing tools. And at least at its initial release, Gutenberg was determined to be less accessible than the classic editor. That’s not to say that Tumblr is any better. But the convergence of the two communities could lead to some significant improvements for both.

What’s Next for Tumblr?

One thing that Mullenweg mentioned when speaking with The Verge was that engagement on Tumblr is insanely high. “They have more daily active users than WordPress.com has monthly active users,” he admitted. Which means there’s a great opportunity to maximize that engagement, blend it with the more structured platform of WordPress, and create a truly viable “social alternative”. Mullenweg also mentioned returning RSS feeds to the Tumblr platform as a way of making Tumblr a better part of the open web. All in all, it sounds like the goal is to bring the fun back to the process of blogging, which I am all for. Injecting the WordPress system with the creative community of Tumblr might just be what it takes to make blogging exciting again.

Are you currently on Tumblr? What do you think of the recent acquisition? Hit us up on our recently-revived Tumblr!