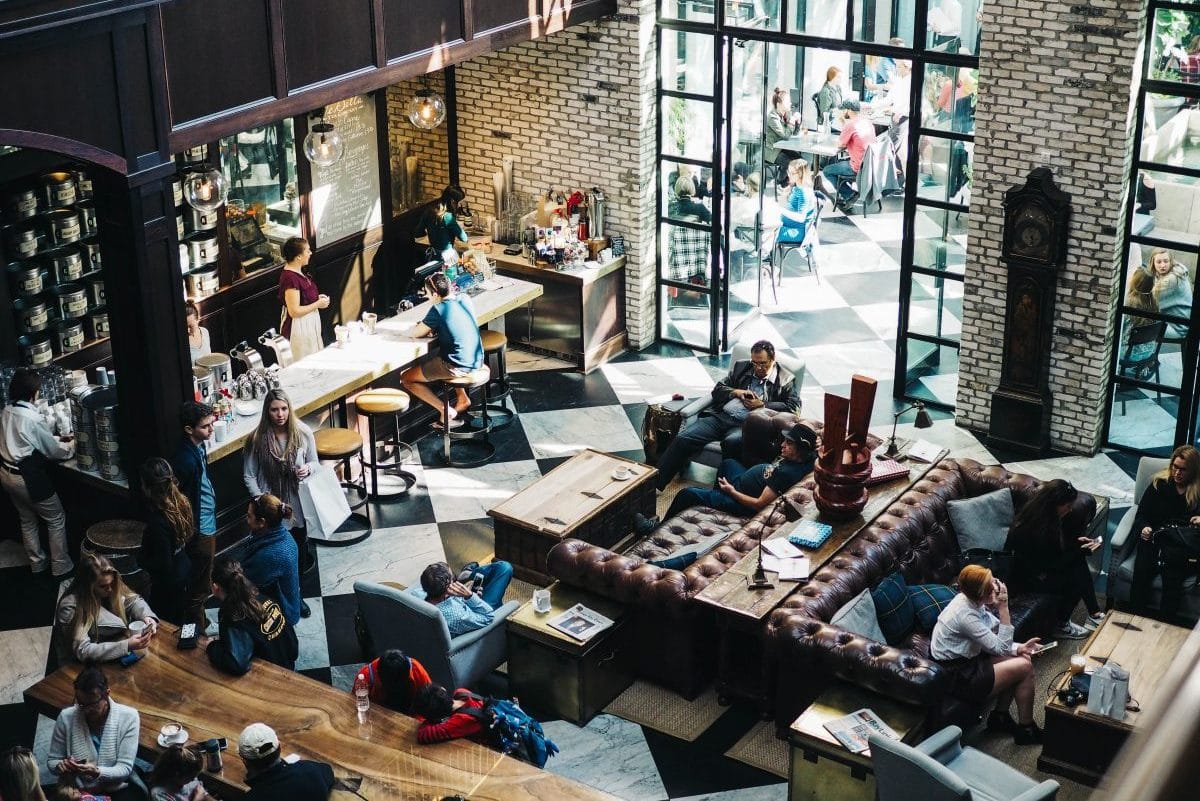 The other day while my oldest daughter and I were sitting in one of our local Starbucks cafes she commented about how weird it was to see people working or studying at the tables. She went on to explain that she never saw people working in the cafes in Europe while she was there; instead the people spent the time engrossed in conversation. Since that brief exchange I have been thinking about what the reasons might be for this difference.

I recalled a few articles I had read not too long ago about coffee houses and productivity. The common theme seemed to be that there are three reasons for working in a cafe:

However, couldn’t these benefits be experienced at any location that is not the usual, everyday office or place of work? What is it about coffee shops that make them the preferred choice for escaping to get some real work done?

Thinking about the reflective conversations in European cafes as a more refined alternative to the raucous banter of the taverns reminded me of two television shows from years ago: Cheers and Frasier. Both shows were essentially about the social connections that the characters made at the Cheers bar and later at the cafe in Frasier. The Cheers gang, for the most part, was a group of working guys who stopped by the bar after work to wind down. Dr. Frasier Crane was introduced to the group (and the show) by Diana, but of course he really never fit in with the group–as much as he tried. So it was no surprise that when the spinoff of Frasier was introduced, we found ourselves watching the characters having what were supposed to be more serious, refined conversations at the local cafe. 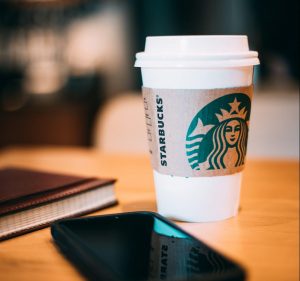 The first season of the Frasier spinoff in the fall of 1993 fell right behind the IPO of Starbucks stock in 1992, which marked the start of its quick climb to becoming the coffee powerhouse of the United States. And of course, it was no accident that Frasier was set in Seattle, the birthplace of Starbucks. As the Starbucks chain spread across the United States over the next decade customers frequented the establishments for coffee and conversation, much like Dr. Frasier Crane and his friends and family had done on the hit show.

So what happened? Wi-fi happened. In 2010 Starbucks teamed up with AT&T to offer free wi-fi in all of its locations across the United States. The caffeine of moderately priced coffee, now combined with free access to the internet, made Starbucks the ideal place for students and young professionals to escape and get some real work done.

While Europeans continue to use the stimulant of fine coffee to enhance conversation, we in the United States have apparently moved away from this. With our ever-increasing desire to get more work done, we’ve succumbed to the lure of highly-caffeinated coffee beverages and free wi-fi access as a jolt to our productivity. After all, who can resist that iced caramel macchiato with a triple espresso shot?

…How much is a plane ticket to Italy again?

Melinda brings several years of experience to ThirdSide to help navigate the challenges of growth.

When not working to keep project tasks flowing, Melinda finds time to nurture her creative side (yes, even project managers have a creative side) by trying out new recipes on her husband and three daughters.