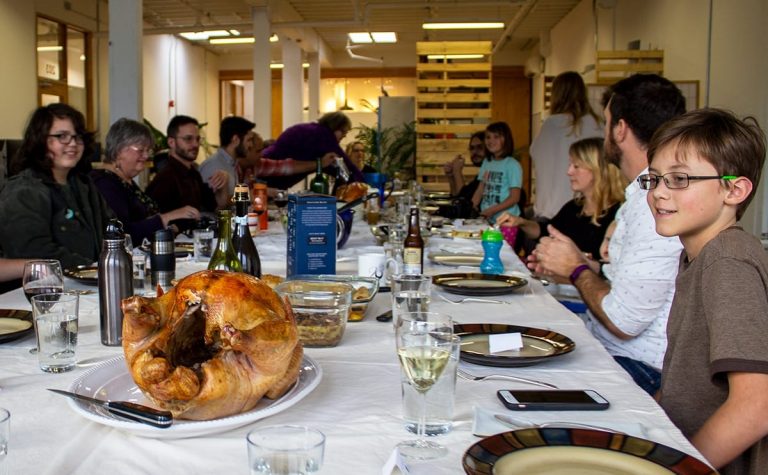 Those of you who are close followers of ours have probably heard us talking about a new office for our business in Portland, Oregon. We officially opened shop out there in January. While it has been rewarding and fun, it has also been challenging. But business growth often is.

When we first started ThirdSide in June of 2011, I had a passing thought that someday we might grow out from our hometown of Champaign. In the 21st century, many of us can work from anywhere…even more so with a company like ours. So expansion for us didn’t mean building warehouses. Our geographical limit is the internet.

We’ve had web design clients come to us from the Carolinas, Florida, New Mexico, and California. But most of these were one-shot jobs. We prefer to build long-term relationships with our clients, and working with people on a personal level is easier when you’re geographically close to them. So even though we could be anywhere, I decided to focus on one city for our expansion.

Because I have extended family there, setting up business in Portland had been an idea we wanted to explore. I figured if I could visit my family on a regular basis while still running a business, then I should explore it. So I began looking for ways to make that happen while making a sound business decision at the same time.

This past Thanksgiving, Lisa and I took our kids out to Portland to visit. I had mentioned the idea of setting up our business in Portland to Lisa and she agreed it was worth exploring. My brother, Ben, was running a firm similar to ours but focusing on enterprise-level clients rather than small and medium sized businesses. Over time, he had picked up a few small business clients, so I figured it would be a good idea to get some feedback from him regarding the viability of my plan.

On Thanksgiving Day, the guest list was so large that nobody had room to host it! So we turned Ben’s office into our dining room for the day. At some point after my second (third?) glass of wine, I ran my idea past him. I mentioned that I had enough money to come out two or three times and rent some temporary office space, but during that short time we would have to find enough clients to make it worth turning this into a long-term venture.

As fate would have it, Ben was looking at making a shift in his own business. He had a small handful of small business clients that he would have to refer to another firm as a result. We threw around ideas over pumpkin pie and I came back to Champaign with a new level of excitement.

In late January of this year, we officially opened our Portland location in a wonderful coworking space right near the Burnside Bridge. I began calling on the clients that Ben had referred to us. I performed some of the needed work in Oregon, finding local help where possible, and pushing the rest back to our team in Champaign. It’s been five months now, and there’s no indication our Portland-area growth will stop or slow down. In fact, we’ve been making some great connections with potential employees and partners.

The expansion of our business in Portland has been the realization of a long-term goal. I’m in the area for about a week each month. I get to explore a new city, meet new people, and help new clients. But the best part is that I get to spend time with my extended family while continuing to build the company I always wanted to work for.