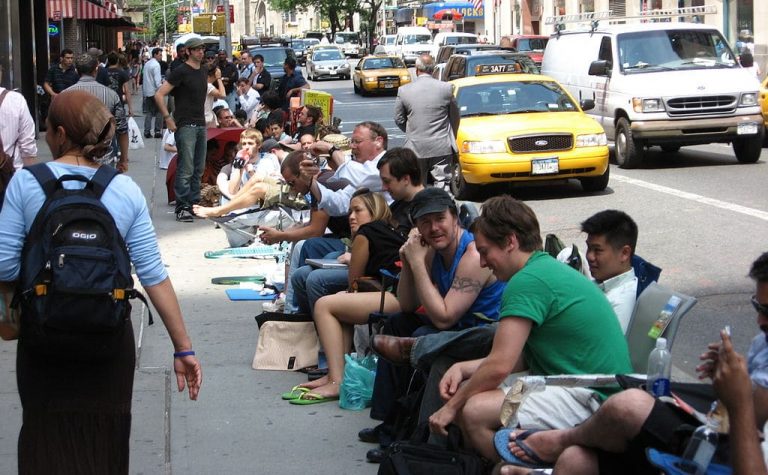 The birth of the mobile web

You may not have known it at the time or you may have been acutely aware of it. But on July 29, 2007 at 6:00PM, people were ushered into Apple Stores and AT&T Stores one at a time. At that moment the ubiquitous iPhone started to find its way into every corner of the world.

Statistically speaking, about 60% of the people reading this post are reading it on some form of mobile device. And while Android is now the most widely used mobile operating system, the iPhone is what started it all.

The web before the iPhone

I’ll never forget working in outside sales in 2005—just a couple of years before the iPhone came out. I needed to look something up while I was on the road. I pulled into the local library, signed up for internet time, waited (impatiently) for about fifteen minutes, and did my research. I remember wishing for an easier solution.

When the iPhone was released and Steve Jobs promised a revolution, he probably didn’t think he would be changing the way websites were designed. But today, with 60% of the web being browsed on a mobile device, the old “pinch and zoom” approach is the worst way for a website to function in mobile. Even Steve Jobs seems to doubt the usefulness of zooming in his keynote presentation for the first iPhone. 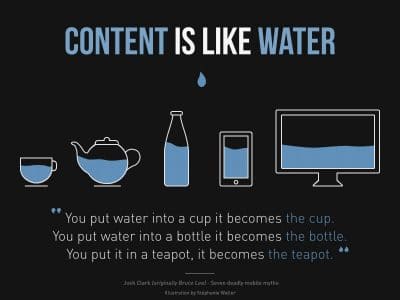 Responsive web design was first used five years before the iPhone. While it was nothing like the responsive design we know today, the practice became widespread very quickly because of the iPhone and other mobile devices like it. Responsive design is what ensures that content will fit its display without the continuing need for pinching and zooming.

Well-built responsive sites also load more quickly than websites used to. Web pages are being built to use less memory so they load faster on mobile devices. This, in turn, has helped make the internet as a whole run faster.

There are numerous predictions about what the next game-changer is going to be. Virtual reality? Self-driving cars? Google Glass failed and there’s no solid failure/success verdict on Apple Watch. So nobody really knows.

One thing is for sure, though. The mobile web is here to stay and so is responsive design.