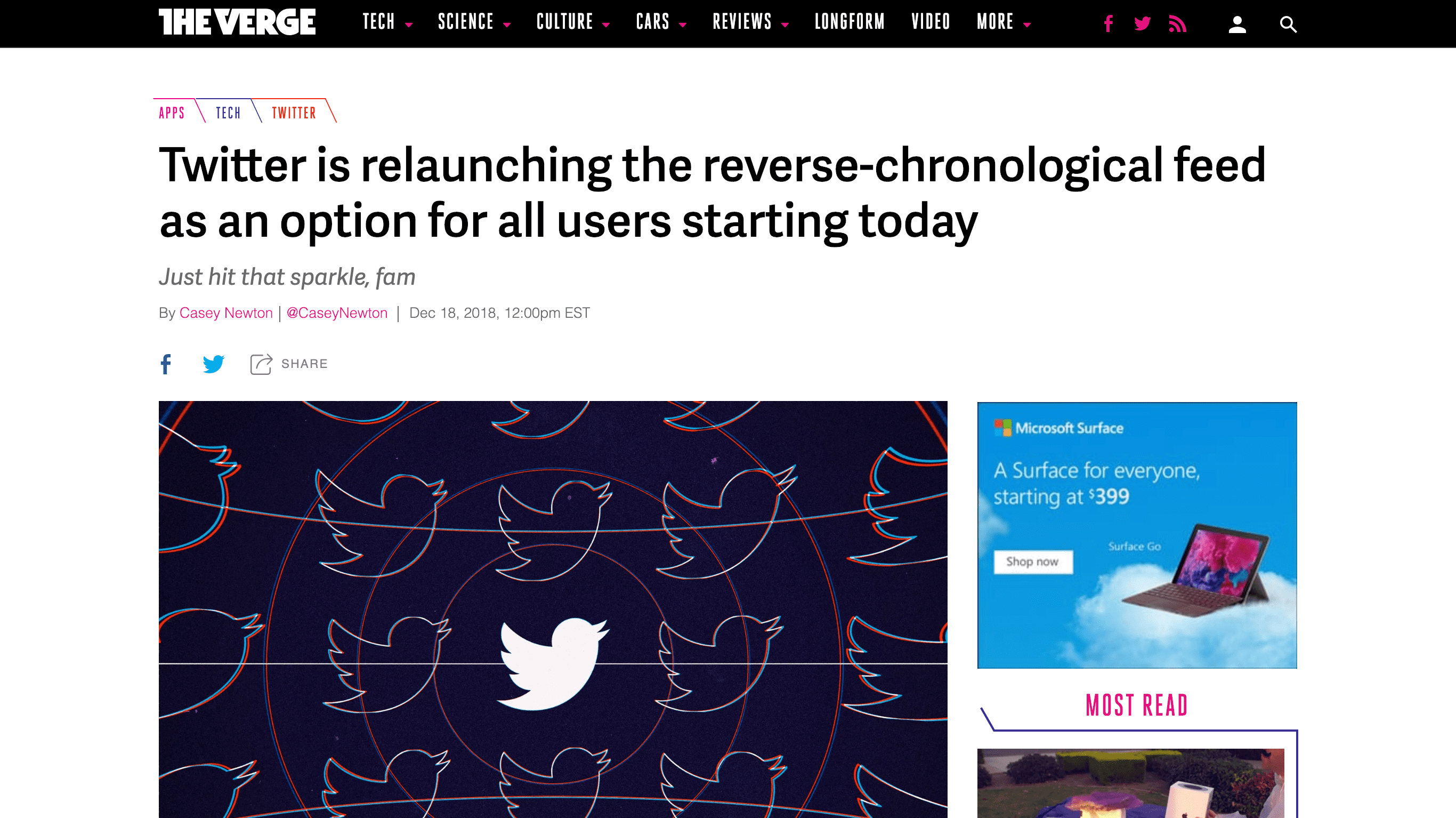 Good news for frustrated Twitter fans! The Verge reports that Twitter will be revamping their news feed for all users starting today.

If you’ve spent any time on Twitter at all, you’re well aware of their attempt to increase usage by curating tweets it thinks its users will like, and serving them at the top of the feed. This led to a very frustrating experience for many users. Currently there is a somewhat-hidden setting in the app disabling the algorithm, although only temporarily. The Verge reports:

Keith Coleman, vice president of product at Twitter, told The Verge that in tests, users who had access to the easy toggle participated in more conversations than average.

Good to see that testing confirms what most of us Twitter users already knew! Now if we could just get that pesky “edit” button we’ve wanted forever, right?

Get all the details on the Twitter feed update from The Verge. Not using social media yet? Read more about how a quality social media presence can benefit your business.