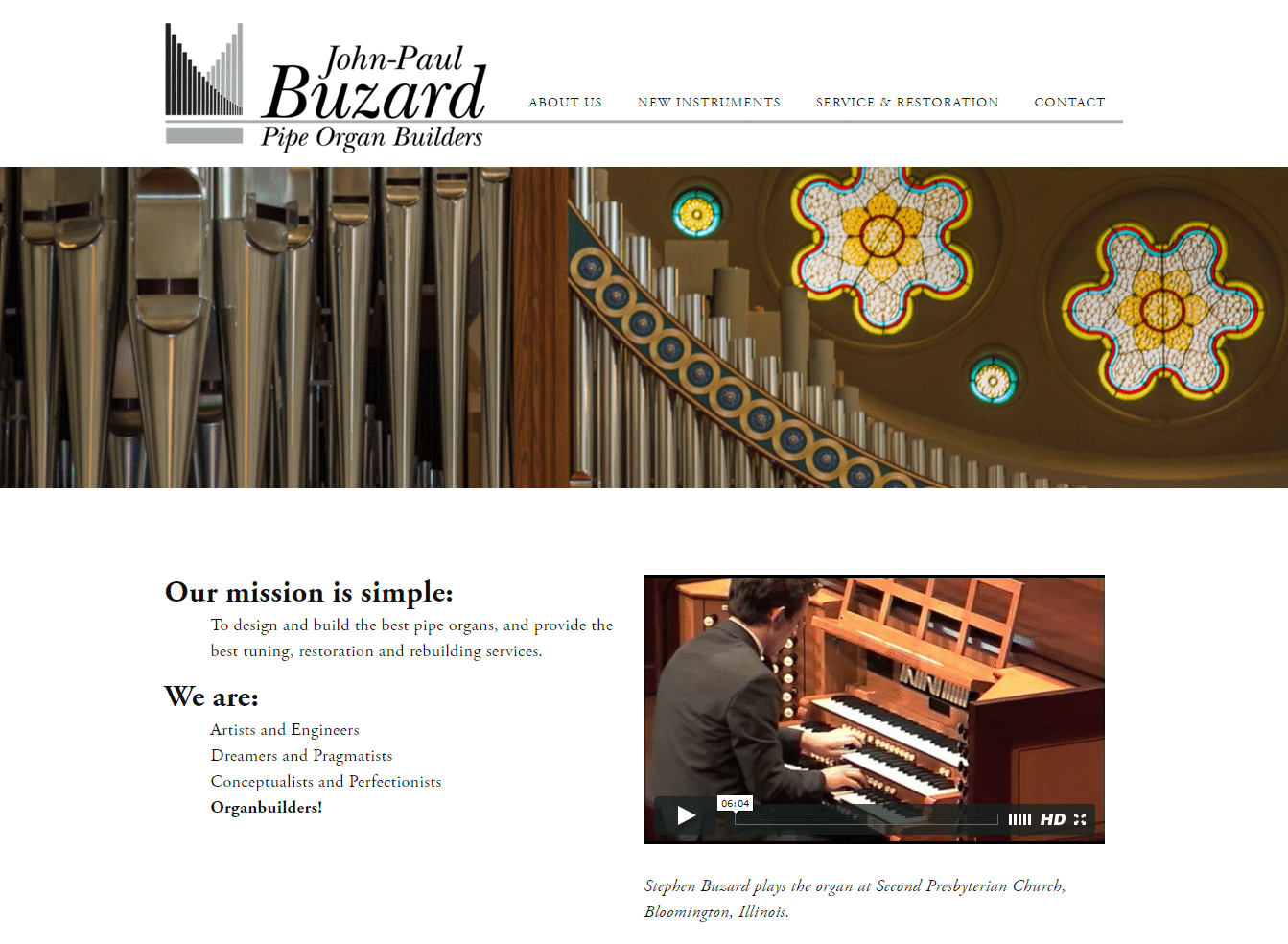 You may not be aware of it, but right here in Champaign we are fortunate to have something that many people think of as an old-world craft…a full service pipe organ building company. Housed in a simple four-story brick building near downtown Champaign, John-Paul Buzard Pipe Organ Builders has been building, installing, and maintaining pipe organs throughout North America for over 30 years. 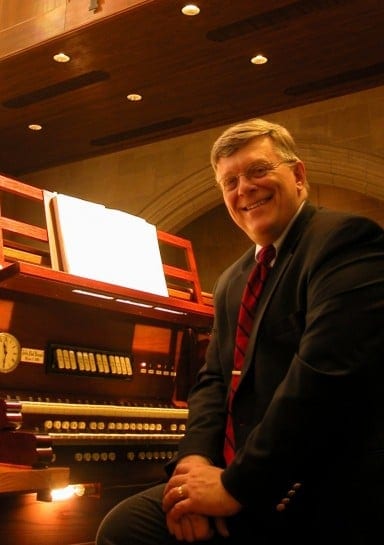 Buzard Organs’ founder, John-Paul Buzard, seated at his Opus 7 at The Chapel of St. John the Divine
Champaign, Illinois

Since the organs built by Buzard are works of art in and of themselves, we needed to make sure the site complemented the organs visually rather than compete with them. Taking our cues from more minimalist sites, we created a white canvas and added just enough text variation to give the site its complete character. The biggest challenge, however, was making sure the site didn’t look stark and modern. To achieve this we carefully chose a typeface that had been used consistently since the 16th century, yet still looked comfortable on a webpage: Garamond.

After designing the overall look, our next hurdle came in the form of managing pages and pages of data about the organs they had built. Every organ in the gallery came with its own extensive list of pipes (stop list). Many of the organs also had audio recordings to allow visitors to hear the sound of that particular organ. We were able to create a single page for each instrument that contained all of the necessary information without overwhelming the site’s visitors. We even customized the look of the audio player’s interface to coordinate with the site.

The resulting site serves as a complete gallery for Buzard’s past works, as well as a marketing and communications portal for existing and future clients.

The feedback from Buzard and their clients has been overwhelmingly positive. We’re very thankful to have been invited to build the website of a company that understands the craftsmanship of building.

Head over to buzardorgans.com to get the full experience.