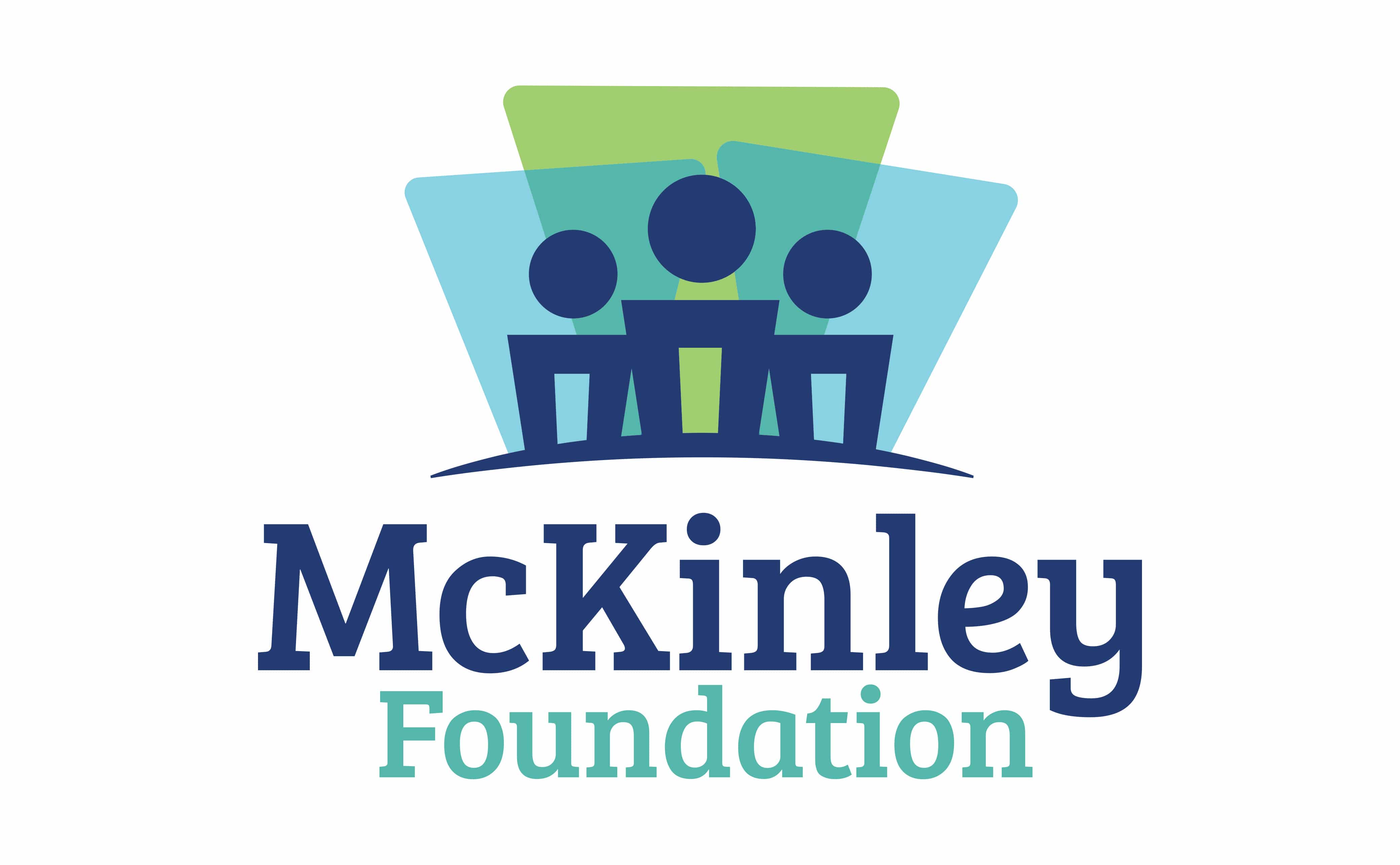 It isn’t everyday that I am able to work with clients that I have a previous connection to, but lately it’s been happening more than I expected. When I was in high school, I played drums in a band with my friends. Nearly every weekend I would make my way to the basement of the McKinley Foundation to either play in my band or to watch other young bands perform. While the McKinley Foundation didn’t organize the concerts themselves, they were kind enough to rent the space out to us, and support the arts in the community. Now, nearly ten years since I last went there, I am fortunate enough to have recently rebranded the McKinley Foundation!

To fully capture the full essence of the McKinley Foundation in a logo is a nearly impossible task. Not only are they supportive of the arts through numerous community events, such as their film showings and very own art gallery, Artists’ Alley, but they are also involved with various projects to promote social justice and equality. Their logo may also be accompanied by the logos of their affiliates: McKinley Church, Presby Hall, and Artists’ Alley. It was very beneficial to keep those logos in mind when designing the McKinley Foundation logo.

The finished design brought elements from all aspects of the foundation together to create a logo that is unique and meaningful to the McKinley Foundation. The icon consists of three people, each with their own background shape behind them to symbolize people from different backgrounds coming together. The background shapes themselves are the shape of a keystone, which is a wedge-shaped architectural element at the top of stone arches. The keystone is a vital piece in holding things together, and that carries into the logo as well. Each person is a key component to the McKinley Foundation, and when these various background come together it creates more unity and expands the horizon of everyone involved.

While many parts of the logo are unique to the McKinley Foundation, there are other aspects that have been carried over from the McKinley Church and Artists’ Alley to unify them, and to help encourage brand recognition. The shape of the people and dark blue color were both adopted from the McKinley Church logo. For years, both the foundation and church used the same logo. When it was time to create more separation between the two, it became apparent that the two logos needed to complement each other. Using the same color and shape for the people really ties the two together, and makes it possible to recognize the new McKinley Foundation logo before you’re even familiar with it. The arched horizon line under the people can also be found in the Artists’ Alley logo, and while it may not be as obvious of a connection as the people from the church’s logo, it’s the little details like that which cause subconscious connections.

Finally, the icon is paired with the McKinley Foundation type. For most people, fonts don’t have any particular importance or meaning. But when an appropriate typeface is chosen, it really enhances the overall design. In this case, a thick slab serif unifies the design and further implies the modern and friendly vibe, while still maintaining a trustworthy and professional appearance. Whether you’re familiar with the McKinley Foundation or not, this new logo should give you an accurate representation of the foundation and those involved with it.

Pat has always been enthusiastic about portraying information visually, and aims to do so in unique and clever ways.

In his free time Pat enjoys playing and listening to music. He loves playing guitar and drums, but still hasn’t mastered playing both at once.

Next post: What’s the Story? And Why Should You Care?