Once You Pop, Can You Stop? The Facts about Pop-Ups 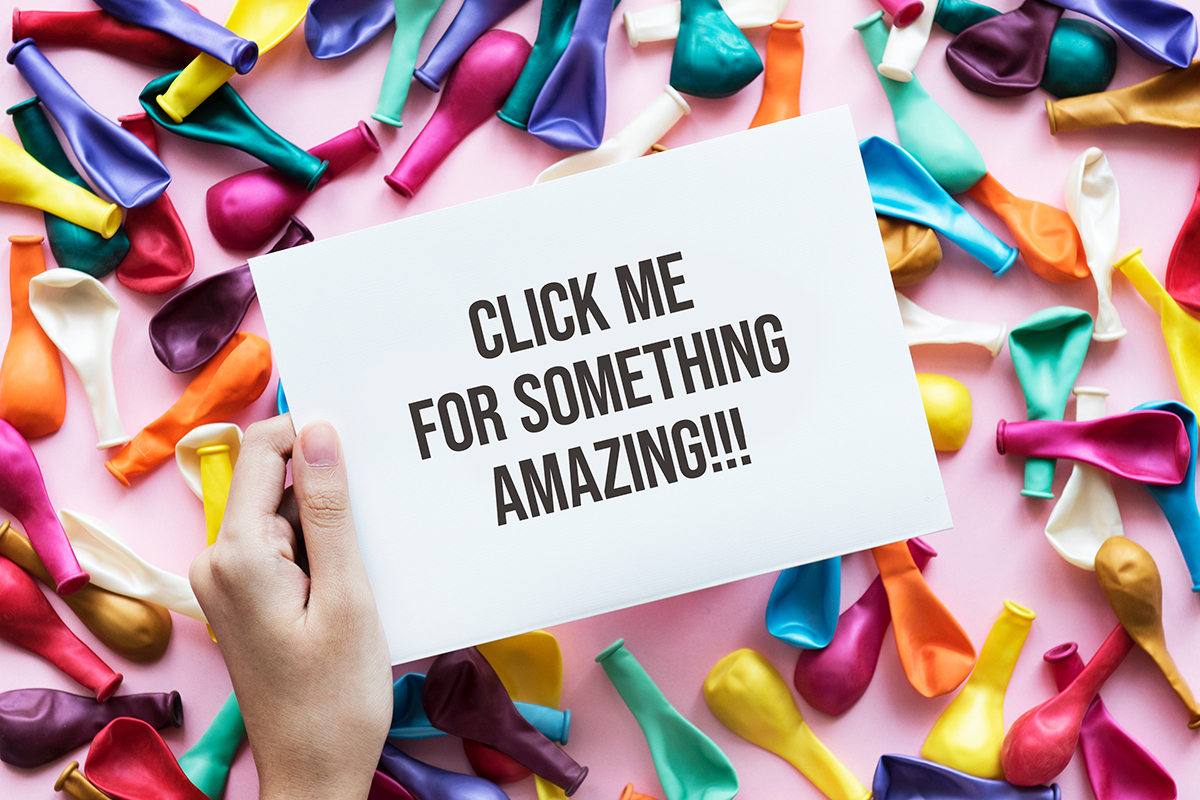 I love building websites. It’s kind of my way of molding at least part of the internet to match my personal preferences as a user. But every so often I get a request from a client that directly conflicts with how I like to enjoy my time on the internet. In those cases, I will usually advise the client not to do a particular thing. And unless they have a good reason for the request, they go with my recommendation. Usually. There is, however, one huge gray area: pop-ups.

Personally? I hate pop-ups. I mean, I really, really hate them. I have been known to rage-close a website and vow never to return if they show pop-ups that interrupt me. (And don’t even get me started on those “recipe” websites where the author tells you their entire life story before getting to the actual recipe.) However, I have to admit that marketers love them. They somehow get good results by using a tool that at least 50% of users seem to hate. How does that happen?

A Pop by Any Other Name

Just as you may live in an area where people argue over the name for that caffeinated cola beverage (Is it soda? Is it pop?), all pop-ups are not the same. Thanks to recent GDPR laws, you probably see a lot of little bars that are automatically showing up at the bottom of your screen, talking about privacy and cookies and whatnot. (Though it’s important to note that pop-up notification is not required for compliance.) Some websites use small pop-up boxes to get you to join a mailing list or similar. And then there are those pop-ups that cover your entire screen, with no clear method for closing them. Worst of the worst? Websites that use multiple types of pop-ups. I personally all but blacklist those sites for myself. Even though by default, Google Chrome blocks pop-up windows, somehow those pesky things can still manage to show up.

What’s the Story About Pop-Ups?

So what makes these little boxes of distraction so attractive to the marketing set? Let’s start with the obvious: they get your attention. Now for me, they get my attention in a negative way, so there’s obviously a trade-off. But they also communicate a clear message, quickly — or at least, they should. And they tell you exactly what they want: sign up for a thing, buy this special sale-priced item, etc. No matter what you think brought you to that website, they know what they want you to see. So they show you that right away, before you can get distracted by anything else. It’s expedient, I’ll give them that.

And on the surface, it really does seem to work. There are plenty of statistics out there showing that adding a pop-up for email signups, as an example, actually does lead to an increase in email signups. Who knew? Apparently, not everybody abandons websites with pop-ups like I do. Weird. But here’s the thing: those new subscribers often leave your list just as quickly as they got there. Why? Because psychologically, they acted on impulse. You showed them a big shiny thing, and they jumped at it. They might not have even begun getting to know your actual content! In short, it’s not a terribly well-qualified lead. It’s a bit more like a one-night stand, when you get much more out of cultivating an actual relationship with your potential customers. It takes longer, naturally. But it lasts longer, too.

Why Choose a Pop-Up?

When asking yourself, “should I use pop-ups on my website?”, it’s worth taking the time to also ask yourself what your desired outcome actually is. Maybe you really are just looking for short-term attention? I might still argue that a pop-up is not the way to go about it. But I’d probably be a little less vehement about it. Maybe you’re working with a marketing professional who is guiding you through a particular kind of ad campaign? They will certainly have advice for you in terms of what that pop-up should look like, what your call-to-action should be, etc. And they will work with you to keep an eye on the analytics to make sure that the pop-up is doing what you actually want it to do.

I would suggest, however, that the reason most people feel like they should add a pop-up to their site is because they don’t trust the actual design of the site. Sometimes this happens if they’ve built the site themselves, or if the theme is too restrictive design-wise. Or perhaps they’ve had a shift in content focus and have not redesigned their website to reflect this. That’s why one of the first things we ask a client on a new build is what the first thing is they want their visitors to see. We’re going to craft that into the design of the page itself, not just slap a box over the whole thing to force people to see it. Again, I want to make a case for setting intent when adding something to your website that defies so many user experience conventions and just generally bothers lots of people.

If You Go There…

Despite my overall distaste for pop-ups, there are some that can actually be appealing and work well. At the very least, I feel a lot more calm when I click them away. With that in mind, here are some do’s and don’ts regarding pop-up usage.

Using pop-ups remains an ongoing point of contention. People will continue to use pop-up blockers, the pops themselves really don’t play nicely in Internet Explorer or on mobile browsers, and people can block pop-ups in Chrome by default. Basically, there are a lot of strategies users can take to prevent pop-ups from automatically interrupting their browsing. So even as you struggle with your choices, just know that for a lot of people, your decision simply will not affect them at all.

A pop-up is not a magical tool that will stuff your subscriber list or sell out your shop or even guarantee that anyone will read the content that’s actually on your website. But if used correctly, it doesn’t have to alienate your site visitors, either. Trust your instincts, be mindful of your goals, and be tasteful in your approach. That should help keep everyone happy. Even me.